How To Determine if an End-User is Human or a Bot? 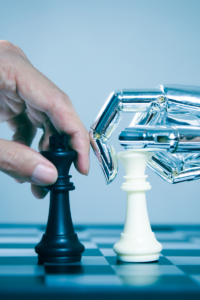 Can you know if you’re dealing with a bot or a real person online? How bad are bots? In a word: very! Americans may have more interactions online with bots than with their spouses. Think about that! What does that say about our privacy? Twitter was forced to take drastic action to slow misformation through its platform. Twitter shut down over two million bots (automated accounts). Admittedly they could only identify the most obvious offenders. The sad fact is that the fraudsters are constantly upping their game by disguising fake users as real ones. Researchers have designed a system capable of mimicking a person by mining texts. Google has software proving AI systems can imitate human conversation in a nuanced way! Bots raise the fundamental question of how AI machines impact our understanding of the truth.

Malicious bots can distort the truth or invade privacy and deceive the public with dire consequences. Bots have been weaponized as a tool to manipulate foreign countries and their leadership. How potentially destructive bots are can not be overstated.

Luckily, bot prevention technology offers solutions as well. The Defense Advanced Research Projects Agency, an agency of the United States Department of Defense, has been working to detect malicious bots at a federal level. Below are some of the data points the system utilizes to detect fake accounts that all companies can consider on their platforms.

●     User profile: A common way to tell if an account is fake is to check the user profile. Bots usually lack photos. They lack bios, but more sophisticated ones use a stolen image.

●     Language errors: Human language is still challenging for machines. Bots may be too formulaic or repetitive. They may use well-known bot cliches, responses seem off, or have other telltale bot traits.

●     Bot “tunnel vision”: Bots are created for a purpose. This could make them seemingly obsessed with a particular topic by repeating a link too much.

●     Temporal behavior: Humans take breaks in posting and are not posting all the time at an impossible rate. Seeing the pattern can be revealing. If an account posts at unlikely times or even too regularly, it’s a good sign it’s fake. Platforms can see Network Dynamics, which may reveal bots may follow only a few accounts or be followed by many other bots. Bot tones can be incongruous, indicating a lack of any real interaction.

Bot or not a bot? The question needs to be almost habitual. All businesses with an online presence need to be aware of non-human agents on their websites. Bad bots don’t just invade our privacy. They are like spies that never sleep and are constantly listening. Fraudulent customer service bots, for example, can record the interactions of users. They are designed to be deceptive. At times, bots are believed to be better at making a sale than inexperienced humans. However, when they sell misinformation or manipulate users, businesses need to get serious about monitoring and preventing ad fraud on their platforms.

All those corny jokes may be your best defense against the rising tide of bots. Ironically, simple sarcasm or unpredictability tends to work well. Even the most advanced chatbots have difficulty responding to highly context-based questions or whimsical behavior. All jokes aside, there are professional, cutting-edge bot detection services that can monitor and protect your brand from all the damage associated with a bot invasion.

Detecting ad fraud in all its forms is what Fraudlogix does best! Contact us today to learn more about ad fraud defenses and unique data solutions developed for enterprise-level companies in AdTech and MarTech.